I want to use my WS 2801 led strip to play some different animations, which I want to cycle through with a push button., And it will get a separate micro controller than this Led matrix i’m. Currently making.. That means I need two outputs of the micro controller for the led strip and one input for the push button.. It will be a total waste to use an ATmega 328, which you can find on the Arduino uno., Because one of those costs around four bucks, a smaller, more affordable microcontroller is this ATtiny 85.. It costs around one buck has five ios. So definitely enough for me and eight kilobytes of flash memory, which should give me enough space for some animations.. Of course, you cannot just plug this IC in the Arduino uno and program it but I’m going to show you how to program this microcontroller using the Arduino software and an Arduino uno as a programmer.. At first we have to download and install the Arduino software head over to arduino.cc and download the version 1.0.5 and install it.. It does not work with the new 1.55 Beta. I already tried that.. Now we have to download the board data for the ATtiny.. You can download those from the link in description Here: I’m downloading it from the original source highlowtech.org. Those guys made a great tutorial about this.. Now i extract the zip archive and copy the ATtiny folder into the Arduino hardware, arduino folder.

. After starting up the arduino software. You should see some new boards. Now we need to upload this Arduino ISP sketch to the ATmega328, which you can find in the example section Now let’s take a look at the ATtiny 85 IC pin 4 is ground. Pin 8 is VCC our 5 IOs or Pin 2 3 5 6 amp 7 of the IC. The IO numbering I’m, showing here is important for the Arduino code later IO, 2 3 amp 4 can also be used as analog inputs and IO. 0 1 can produce a Pwm signal. Don’T know what Pwm is check out. My other video. And our pin 1 of the IC is reset. The wiring of the Arduino is simple: Arduino pin 13 ATtiny IO 2 pin 12 to IO one pin 11 to IO 0. Pin 10 to ATtiny reset Pin 1 5 volts goes to ATiny, pin 8 aka VCC and ground of the Arduino to ground of the ATtiny aka pin 4 and don’t forget to put a 10 microfarad capacitor between the reset pin of the Arduino and ground.. I wrote this little blink sketch for an led on IO 3 of the ATtiny. Now I have to select the Arduino ISP as programmer and ATtiny 85, with a clock of one Megahertz as the board. And … upload.. That might appear some error messages about PAGEL, but don’t worry it still worked., Okay, that is pretty cool, but i think i think that I can do better.

How about an ATtiny programming shield. I put the male headers in the Arduino and try to fit them into the PCB, But the space between those two headers is too big. It won’t fit in the PCB this way. Well, I can’t connect those, but in fact we don’t really need those pins., So it doesn’t matter. Anyway. I cut my pcb to a nice size and soldered, my male headers, to the PCB Afterwards I soldered my IC socket in place and just like before I connect the Arduino pins to the socket pins, but this time with bridge wire.. At the end, i met some interruptions in the cooper, traces and added some female header pins for easy, connecting and done, And It seems, like everything, still works fine. Now i don’t have to worry about wiring up the ATtiny correctly when programming. Another disadvantage of the ATtiny Is that you cannot use all the functions of an Arduino., For example, SPI, which is necessary for my WS 2801 Led strip, But thankfully somebody from Sparkfun bit bank the SPI protocol. So I don’t have to think about that by myself.. Bit bank basically means to emulate the protocol, in this case, SPI. Have to say that I’m not done with this upper part.. This is just a test that is possible to use the ATtiny with the WS 2801.. You will see more about this project in the near future.

#arduino https://t.co/tsDCvU9MzE My carduino. I used an Uno with a usb host shield to take inputs from the Xbox controller. An HC12 sends data to the nano on the car. I made 3 different steering systems that you can select with A/X/Y. 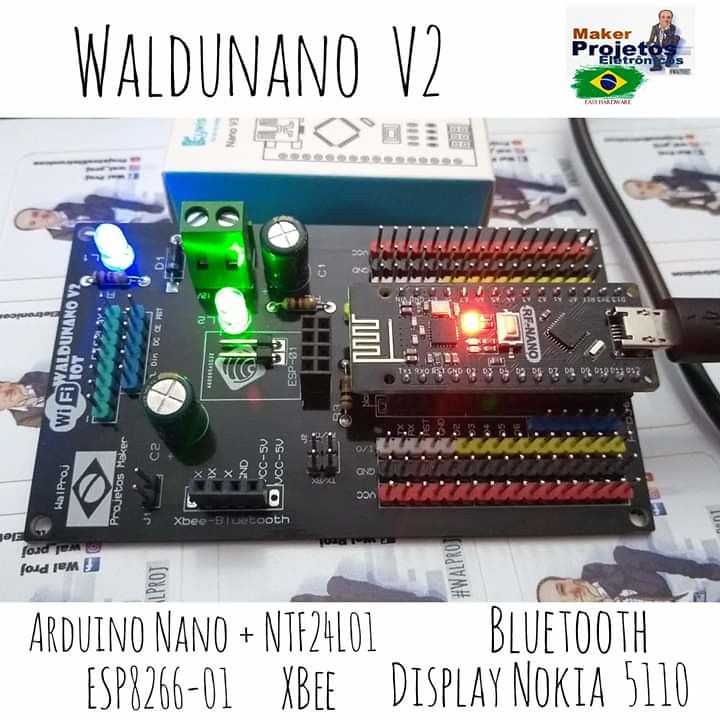