We looked at in the last two tutorials about the inputs and outputs of the Arduino, which are 5 volts, 0 volts being off, and this is because the Arduino works at a 5 volt logic level. Pulse width. Modulation is getting that 5 volt signal and turning it on and off really quickly, like so in a square wave formation. If we look at how long the square wave is on and versus how long the square wave is off, we get a figure called the duty cycle which in this case, will be 50 because it’s going to be on for half the time and off for half The time it’s the duty cycle, if we get this duty cycle and times up by the maximum voltage level, we’ll get the average voltage level so, instead of it being a five volt output, it’s actually going to be 2.5 let’s. Look at another example. So again, we’ll start with a five volt on amp, a 0 volt off and we’ll draw a square wave. Let’S say, for example, that this square wave is on 30 of the time, thirty percent being a duty cycle as it’s being off for 70 of the time. We can then get this duty cycle times by maximum voltage level to give the average voltage level being 1.5 volts, and this is actually what would be coming out. Get another graph going drawn on the square wave and we’ll say that it’s duty cycle is 50.

So 50 of 5 volts, as we know, it’s 2.5 volts so 225 volts, we, the average the average voltage level say. For example, we have an LED hooked up at 5, volts it’s going to be quite bright now. Do you remember that you have to have resistors when using LEDs the odds winner or both they will burn out now let’s say we decided to change this square wave so we’ll make its duty cycle smaller like so. The LED will now not be as bright. Okay, let’s look at another example: just draw another square way of light, so I’ll just draw a DC motor. Now this duty cycle it’s going to be quite slow because the average voltage level will be quite low, you’ll, be everyone there somewhere. Now, if we draw the same diagram but let’s change, the G cycle let’s make the duty cycle much bigger, just draw another DC motor. You can see because the duty cycle is much larger, the average voltage serve will be larger, and so the DC motor will spend faster the higher the voltage, the faster the DC motor will spin now let’s look at our survey, for example, surveys actually use pulse width Modulated signals to determine which angles they need to go to by sending a pulse width modulated signal like so it might tell us to go to 30 degrees. But if we send another signal to the servo say, for example, one with a much larger duty cycle, the servo that servo could go to 180 degrees, and this is the basis of pulse width modulation.

So, as you can see here’s my Arduino, you know my bread, boarding joke and some LEDs, some red ones, and some yellow ones Plus and 220 ohm resistors. First of all, what I’m going to do is put the prototyping shoe on top of the Arduino. You do that by lining the pins up and just pushing a run into the headers like so once you got the proto shoe on top, you can begin putting 220 ohm resistors into the breadboard now I’m going to hook up all the inputs. Sorry, all the outputs going to the LEDs to the pulse width modulated pins on the Arduino. That would be 11, 10, 9, 6, 5 and 3 I’m only going to use 4 in this case, but they’re still more available. Not all of the pins are capable of pulse width modulation. That is something you need to take into consideration. Only the ones labeled with the squiggly line are capable of it. So I’m, just going to put in 220 ohm resistors on 4 pins that are capable of PWM and put them into the breadboard you once all the resistors are in. You can begin inserting the LEDs now, if you’re not sure how these LEDs are supposed to work or why I’m using resistors check on my led tutorial, it’s one of the first ones I did and you’ll learn everything you need to know about LEDs and using them With the Arduino so I’m just going to put in four LEDs to red and two yellow and I’m going to show you a nice cool little thing that you can do with pulse width modulation, you now that everything’s wired up you want to go ahead and download.

My example sketch onto the Arduino once this is done, describe your power, Jack and plug in the battery and, as you can see, all the LEDs are flickering and that’s, because we’re sending a random pulse width, modulated signal to the LEDs. Changing the brightness, because they’re getting varying voltages now I’ve just put it over an acrylic box, so you can actually see how it’s flickering and I’ve actually used this one on my halloween ax. Now this is a servo it’s, a hate, XT 900. I believe it’s. Actually, a 5 of 5 gram, one so it’s very small – has three cables coming off of it: a brown one, a red one and a yellow one. The brown is the ground, the red is the voltage in and the yellow is the signal cable. This is the cable that receives the pulse width modulated signal. This thing on top is called a servo horn it’s. The thing that rotates when you put on top of the axle it’s, so you can attach larger things, to make them spear out so I’m. Just going to connect the signal wire to one of the pulse width, modulated signal capable digital outputs. Now you don’t actually need a pulse width, modulated, capable output to use servos. You can plug them in any port using the servo library that comes with the Arduino software, but since I’ve already uploaded my sketch onto it I’m just going to use it just to show you what it does so I’ll just get my battery and plug it straight Into the Arduino and as you can see the servo jitters now, the server is jittering because that’s, actually, the pulse width modulated signal is actually what tells it.

What position to go to and as it’s just getting a random signal. It’S just going to random places. Dc motors, for example, can also use pulse width, modulation, so I’m just going to get rid of one of those cables and put the digital output into the voltage in of the DC motor. It actually doesn’t matter what the polarity is with DC motors, because they’ll either go one way or the other, depending on which way the polarity is and I’ll just connect the black one to the ground. Now, if I grab my battery and plug it in and make sure that the cable is not in the way, you can see the speeds actually changing so now, I’m, actually going to grab a speaker. Now, if you don’t know how speakers work, it’s, probably a good idea to look it up. So it’s good, it’s, a good thing just to know. But basically, it uses the principles of electro electromagnets and makes the cone vibrate up and down which vibrates the air which then produces sound. Now our pulse width, modulated signal being sent to the speaker is actually what produces the nice sound? You can get pictures and frequencies by sending specific pulse width modulated signals with a specific duty cycle, as you can see so making lots of random noise. Now you can do all of these things at once. If you want to so, you can see the LEDs flickering.


Inside someone elses brain 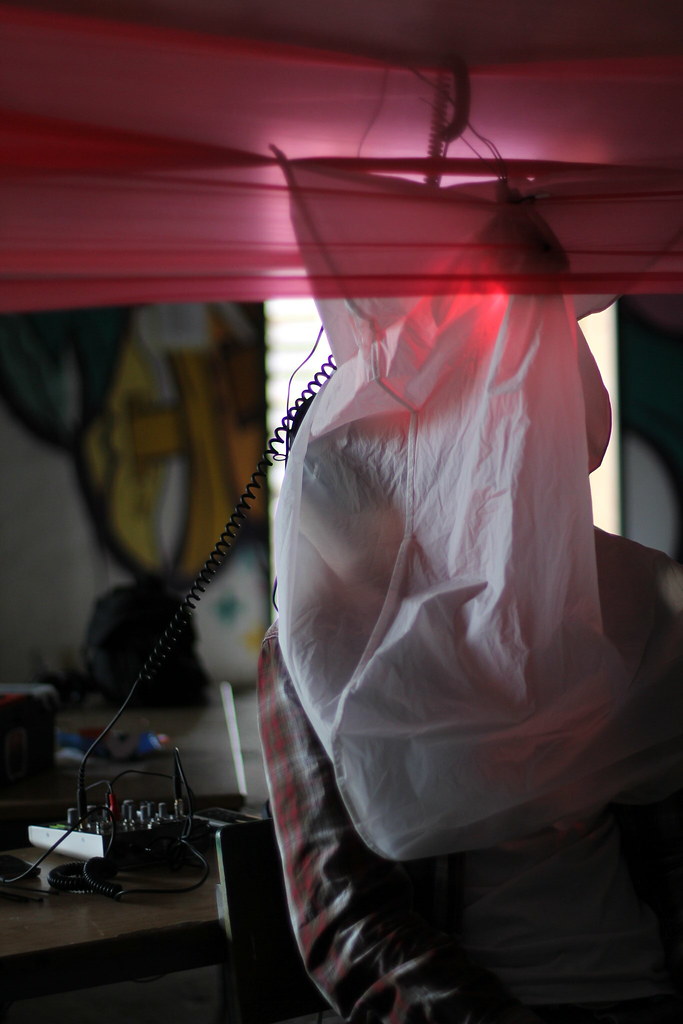 
Inside someone elses brain 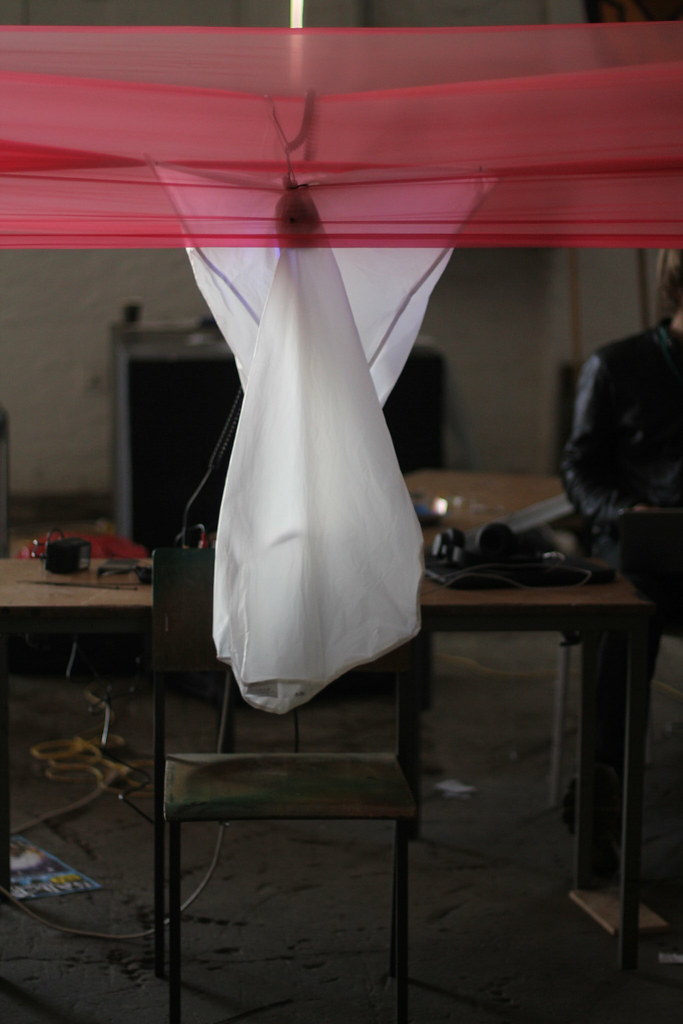