This is my Arduino humidity indicator. I’Ve made a few changes to the software. It now indicates humidity in big numbers, with a percentage sign and temperature in small numbers with a degrees C after it, and this is the device that uses this si 702 one humidity sensor chip now I should just mention if you’re following this project, that the level Translatable this one here that I put between the Arduino and the sensor board is completely unnecessary. In fact, I’m amazed. It still works because those level translation components which are two MOSFETs a bunch of resistors and also the five volt to three volt 3.3 volt regulator – are actually on the back of this sense. Borden it I didn’t wake up to that fact: there’s the regulator 5 volts to 3.3 and that 6 pin well it’s, not a SOT, 23 it’s, even smaller than that that tiny 6 pin chip is a dual MOSFET and then there’s a quad pack of 103 10k Resistors there, so this board has its own level translators. You don’t need a second set anyway. My plan for miniaturizing this hygrometer is to switch from the arduino uno to the pro mini for obvious reasons: it’s very, very tiny and I’m going to come up with a clever way of managing the sensor and the OLED display together but I’m, not going to say Too much about that just now, because I’m waiting for something to come in and but what I’m trying to do today is identify these pro minis, because there are two types: actually there probably more than two types: there’s, the 3.

3 volt Pro Mini, which runs at 8 Megahertz and there’s the 5 volt Pro Mini, which runs at 16 megahertz. Now why the difference in clock? Speed? Well, it’s because of this graph, which is on page 316 off the 80 mega 328p datasheet, the Atmel chip that’s on the arduino – and you can see from this that, if you’re going to run the arduino or this chip at 5, volts, then you’re safe to run It up to 20 megahertz and 16 megahertz is of course, still viable there if you’re running it at 3.3, volts, which isn’t marked here you can possibly see it would be about here that we can’t quite safely run it at 16 megahertz. So they actually half the clock speed, because that makes calculating other factors much more easy and they stick an 8 megahertz ceramic resonator on the board. So the 3.3 volt arduino pro mini z’, have an 8 megahertz ceramic resonator. The 5 volt pro minis have a 16 megahertz, but how can i tell with these old pro minis, which I’ve long since forgotten, where they came from, which is which well sometimes on the back like this one, for example, let me focus on that. There are a series of silkscreen squares, but they’re often not marked that one. There is actually a via that’s, not a mark. Now this one here is marked 8 megahertz ceramic resonator, 3.3 volts regulator. I may possibly have marked that myself when I got it, which was sensible, so how can we identify it from the components on the board? Well, of course, the two components of interest are the regulator, and that says: LG 33 well, that’s, a fair guess that it’s 3.

3 volts and the ceramic resonator now that’s, so tiny. I can’t see it. I’Ll have to get my macro lens right. Well, even with double macro magnifying lens it’s quite difficult to see, but I think that says eight 0s and the eight there is a little clue to it being eight megahertz. We can clearly see the LG 33 on the regulator, so are all of the eight megahertz ceramic resonators marked with an eight or something like that. Well, I appear to have three of the 3.3 volts Arduino Pro Mini and six of the 5 volt one. So let’s check these three right. This one says atm this one says: 80 Q. I believe it is, and this is the one that says 80s, so certainly the 3.3 volt pro minis all have an 8 somewhere on the ceramic resonator. Now the 500 ones are different. That one says AG the resonators up there by the switch, so I can do these without keep stopping this one says a n, the resonators down here by the chip. One says a G is it or a Q? This one says a K. This one says a G, I think it is and this one which is still quite spins on sat.1 slide where’s the resonator on that one there it is up there hold on, says a F, so that’s interesting, the pull the camera out, the 5 volt ones with The 16 megahertz resonators all say ayyy something so here’s a table of these ceramic resonator markings for the 3.

3 volt 8 megahertz resonators, they all say 8, something something and on the 5 volts 16 megahertz ceramic resonators, they all say a dot something. So I wonder if that is consistent, if you have Pro minis and the resonators say something other than 8, something something or a something something please let me know so now, let’s take a look at the voltage regulators on all these boards right on the 3.3 volt Pro minutes we’ve got this one, of course, that said LG 33, fair guess that that’s 3.3 volts this one says 9b 27 that’s not showing up very well. So let’s just get my torch here, 9, twenty seven and then the third one says KB a a now. This one’s a bit different. I have identified the KB a a, I think, it’s, a microchip part. You can see here that there are pads soldered across and there are several resistors round here, which also have strange markings. They seem to have a s on them and this one is selectable. You can either select it for five volts or 3.3. This regulator is actually adjustable. Okay, it’s, not microchip. Sorry it’s, my Krell. The markings are down here, so KB AAA is the lead free of this top one, and that is voltage adjustable. All the others have net numbers on them and the numbers indicate the voltage. So 25 is 2.5. If it was a 3.3 volt, it would be KB. 33 and KB 50 would be a 5 volt.

The only reference I can find to the 9b 27 regulator is on this page electro dragons Pro Mini, and if you come down here, there are a couple of notes. It said crystal 8 meg, Marcus 0.08 and the silh print is 9b 27, so that’s the regulator 3.3 volts, we assume crystal 16 megahertz, is marked as a R or a dot R. The regulator is some strange number on there. So the guess is that 9 B 27 is a 3.3 volt right. Let’S. Take a look at the 5 volt regulators. This one’s particularly tricky. I don’t know whether you can just about make out 5 0. On the end, I think I can just about make that out that one says: L 250, then we’ve got LG 50 LG 50, that one’s a bit tricky that’s, another LG, 50 and finally there’s this one gone LG 50. So for the regulators, my table of identifying features for 3.3 volts, you either have something with 3, 3 or 3.3. Actually, on the number fairly easy to identify the only one that wasn’t was the 9 B 27. There is stuff online. You do have to search around a bit, but you will find it eventually for the 5 volts LG, 50. L. 250. All six of these had something with five zero written on them. So once you understand the reason why the 3.3 volt Pro Mini uses an 8 megahertz ceramic resonator and because of that chart in the datasheet, the 5 volt Pro Mini is able to have a 16 megahertz.

Resonator therefore runs at twice the speed once you know that, and you’ve got some sort of a help with identifying the ceramic resonators and the regulator’s. It is actually quite easy to separate your 3.3 volt Pro minis from your 5 volt and if there are little silkscreen areas to mark which one is which on the back, it does make sense there. Isn’T always I mean this. One has no markings on the back, but here it makes sense for me to mark this up as a 16 Meg and a 5 volt, and just while we’re on the subject of component markings the components on the back of this little humidity sensor board. It wasn’t immediately obvious that one was a regulator and one was a dual MOSFET, although I did manage to track down both components. I’Ve got them separately on another one of these sensor boards. I accidentally bought two so let’s get very close to this and see what those markings are right. This 3 terminal sot 23 device, which i now know as a regulator, is marked 6 6 2 k that smaller device it’s not SOT 24. I don’t actually know what the package thing is of that that says: 702 on it, okay, let’s go looking for those well, the 6 6 2 K was relatively easy to find. In fact, I just typed in 662 k and we’ve got something here in lm6, 206 and 3 v in is 5 volts and that she said what V out is this one here it’s an eBay listing it says: it’s, a 3.

3 volt, half amp, fixed LDO voltage Regulator, there’s also an image here – and this says V in 5, volts V out 3.3 volts so going by all that it’s fairly likely that that is a 3.3 volt regulator. Let’S just take a look at this PDF okay, so this is a low dropout, CMOS voltage regulator, SOT 23 packaged lm6, 206 and three and halfway down here are the markings so 6 6 2 K is a 3.3 volt sot 23 voltage regulator. Now, as for the 702 of course, just typing 702 s not going to work so let’s try 702 SMD well. This is a bit more tricky. We’Ve got some inductors here and an opto coupler, but in the images we’re getting a lot of this 2n7000, but there’s, actually a 6 pin device after zoom. In on that, I think so. This says SMD databook, but it also says N channel SOT, 3, 6, 3. So maybe that package style is a SOT, 3, 6, 3, 702 and not sure what pin out 6a means if we’re getting really close to this, you can see that this is 2 N channel MOSFET in a small 6 pin package, so yeah that caught me out. I didn’t realize that the components on the back of this gy 21 board were actually the regulator and the dual mosfet, because a dual mosfet in the 6 pin package isn’t immediately identifiable and which are the basically the same components as on this level shifter board.

So the level shifter completely unnecessary, so that’s, all my Arduino Pro Mini – is identified so I’m nearly ready to miniaturize my hygrometer project. I can’t do it just at the moment because of this alerts: annoying pin arrangement irritating I’m going to have to wait thanks for watching, and if you enjoyed that video. There are a couple more up here which may be of interest. 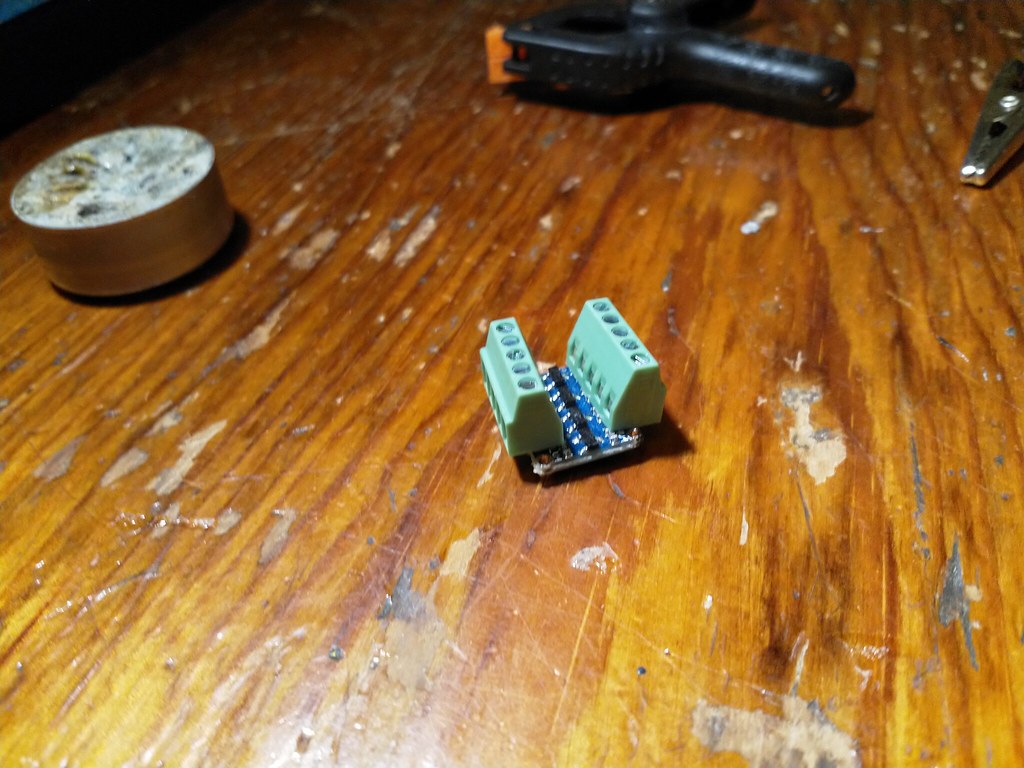 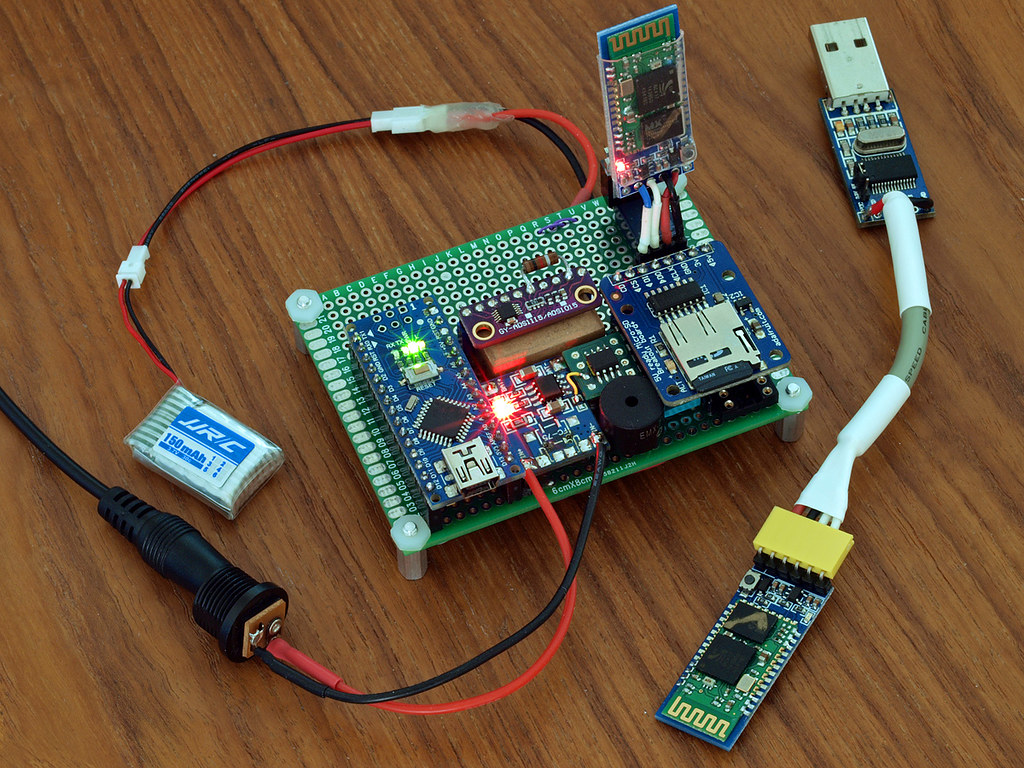