I had a lot of questions from folks on driving large stepper motors with Arduinos, so I wanted to do a quick video on it. What we’ve got here is a 24 volt power supply, a micro step driver off eBay and NEMA 34 stepper motor and in Arduino I’ll go over the details later and what what I’m going to show? You is two different ways in our do. We know we can control this stepper as a quick precursor in this video. I am NOT the expert on a subject matter. I can tell you some basics, like, for instance, Arduino aren’t, actually the best processor, to maximize some of this equipment. Due to that, I believe their processor speed, for instance, when you add in a serial command or other Arduino commands, you lose some speed. Control of the stepper I’ll mention that later the bottom line. This is a pretty cheap, pretty quick way to do some pretty cool things with some pretty powerful motors let’s talk hardware: this is a 24 volt power supply. Steppers need higher voltages. 24 volts will be fine for this application. You’Ll see a lot of CNC systems even run double or triple that voltage. This one happens to be 10 amps. So when I had laying around, if you’ve got a bench, top power supply or another source for 24 volts just make sure it’s got the amperage and you’re good to go. This is a micro step. M50, 4, 5 stepper driver.

There are many of these that are similar in their signal settings, so I would think most will be applicable. You can read the datasheet for various current ratings and and microstepping toggles. This is a used NEMA 34 stepper motor. If this one happens to be rated at 5 and a half and it’s a little bit on the higher side, it is 640 ounce inches. I usually think in inch pounds not out inches to convert ounce inches into pound inches. You just divide by 16, so this can do this. Motor is rated at 40 inch pounds, which means it can hold a 40 pound weight. One inch out from the shaft or it can hold a found, wait 40 inches out from the shaft, so that’s pretty good amount of power and finally, we’ve got a regular Arduino. This happens to be quite old one, so that’ll work, just fine let’s go over the pin wiring or the layout I’m, going to run down the left side here of the controller. First, one is pull positive that connects via this green jumper wire to a rail. On my breadboard that has positive 5 volts coming from the Arduino. Second is pull that is connected via this black jumper wire and that comes over to pin 9 on the Arduino. Third is dir Direction again: 5 volt via this green jumper direction. Is this red jumper wire, which goes to pin 8 on the Arduino? I am not using the enable positive or they may enable negative pins moving down DC ground.

Is this blue connection here which is connected over to the ground on my breadboard? The breadboard is also grounded via this green jumper wire in the top of your screen over to the ground on the power supply, and then the DC positive right here is the 24 volt signal positive signal from the power supply. The final four connections on the stepper controller are your 2 pairs for your NEMA 34 stepper motor. It seems like the common thing to do. Is folks use little tape. Flags to show directions, speed and control does a good job. What it doesn’t do, which i think is really cool, is show off the power of these motors. So what and for you guys that follow my videos, I primarily really run a machine shop and I do more the electronic stuff as a side to that we’ve got a big quarter, inch steel plate here that add for another project: let’s hop over the machine shop. We’Re going to drill out this hole and weld a coupling on it, so that we can fasten it to our stepper motor. This weighs about 7 pounds as is and we’re going to add some weights to it and really show off the power of this guy. If you’re not interested in the machining part, no worries jump forward to the time below you see in the video at the bottom of this screen, where we go over the stepper code and show the final results.

This project we’re over on the tormach P CNC mill. Now we’ve got our plate bolted down to our fixture table. We’Ve got a set of parallels underneath where the clamps are located, that’ll hold it off the fixture table, so we can mill all the way through the hole without worrying about bottoming out we’re, going to use a four flute quarter. Inch carbide end mill, we’re, going to come down. We’Re, going to take a few width and depth passes to machine that out to a three quarter, inch hole and then we’ll hop over to the lathe and turn ourselves a little bushing that we can weld in there. And now it will come in and take one full depth pass for a skim cut, perfect undo our clamps. Take a look, looks good let’s. Just take a debugging tamela break those edges. Okay, let’s hop over to the lathe turn. Our bushing we’ve got a one inch piece of steel chucked up in the lathe we’re, going to face off the front here. First and then drill our drilling operation is going to be a center drill and a twenty seven sixty fourths, which is slightly under half inch and then we’ll ream to half slow it down. Just a hair for this okay that’s drill far enough, so that we can get our reamer 1 inch deep, which is what we want for the through hole. We’Ve got our 4.99 chucking reamer in here, we’ll turn it down even slower to a few hundred rpms.

Okay, now let’s break that edge, while we’re over here let’s break the outside edge we’ll just turn the lathe and reverse. I will come and kiss like so now what we’re going to do, we’re going to turn the outside just to get a true OD on the part and then we’re going to turn down our 34 inch bushing to weld into our plate. Let’S see where our OD is now you can see. We didn’t actually even turn off that complete diameter here, but that’s, okay, so we’re at about 7 under so 993 or so, and we want to turn this down to about 750. So it’s 121 on the dial take that in a few passes here, we’ll go 50 to start another 50. Okay, let’s see where that puts us we’re at 780, so we’re going to take 15 more per side, and that should put us right on perfect let’s clean up that OD a little more and then we’re actually to turn this down. We only want a quarter inch. Sticking out and we’ve got, you know about a sixteenth, more break, some of those edges, real, quick, okay, let’s part. It off we’ll be done in the lathe let’s test, the fit perfect just a nice friction fit. You can twist it, but there’s no real play in that hole, looks good. Like so let’s drill a set screw now you and let’s tap. It grab some cutting fluid real, quick, perfect let’s go web.

This together, through a half inch bolt through there and tighten it down that’ll, do just fine to hold our bushing in place when we weld it. Shouldn’T move much on us at all I’m sick I’ve got this set up on my plasma table. I don’t have a good welding place right now. I’Ve got to figure that out. I just got the service grinder in so I am running out of room. This would be a great project too. If you’ve got a rotating welding table, it’ll, actually you know turntable the part for you. While you sit there, one position so I’ll to move it around a few times, won’t end up being the prettiest weld, but it’ll do just fine, okay, we’ll! Let that cool for a minute I didn’t weld right in front of the threaded hole just to make sure none of the weld splatter got in there and we could always chase it out, but there’s no need to so we’ll be back in a minute, while the Weld is cooling, let’s. Take a look at the Arduino code. This is very straightforward: I’m not going to post this online. You can retype it very quickly. The first program uses a potentiometer to control the speed. We’Ve got that potentiometer on analog pin 3. We set since value clip in 0 pin mode 8, amp 9 as outputs. These are the direction and step pins for the stepper. We write them low to begin with, and the program is quite simple: we read the potentiometer value, then we map it.

That potentiometer is a standard analog input in Arduino, that’s, 0 to 1023 we’re going to map that to a range of 3600 to 1 and what that is, that controls our delay, and we do this opposite because we want it to go faster and by going faster, We reduce the delay, so we write, pin 9 hi that’s the step. Pin we delay for the value of the potentiometer and then we toggle it back down to low that’s how stepper motors work here they alternate high low in that pulsing. The other program is simply the cell stepper sketch you can download this library. I did nothing to this code, think it even has the same pins to begin with, and this does the ramp in and ramp out, the speed and we’ll show you here in a minute. I threw the stepper motor and a vise just hold it down. Let’S see how our plate fits perfect, no play at all through our set screw in okay. Let’S. Take a look so the first program I’ve got is the potentiometer one you can see in the background. I’Ve got a little 10k potentiometer and, as I rotate, it will change the speed of the platter let’s plug in a USB power up the Arduino. Okay, I think that’s, the slowest setting I’ve got it on we’ll speed it up gradually, just like so and then let’s upload, the other program, which is the smooth stepper or sorry the excel stepper, which will just do a nice, ramped, acceleration and deceleration, and I think It changes the speed the direction as well.

Here we go yeah there we go backward and forward just like so that’s it for today. Folks, any of you have been suggestions or comments. Please post them below if you’re interested in seeing more of this and you don’t subscribe. 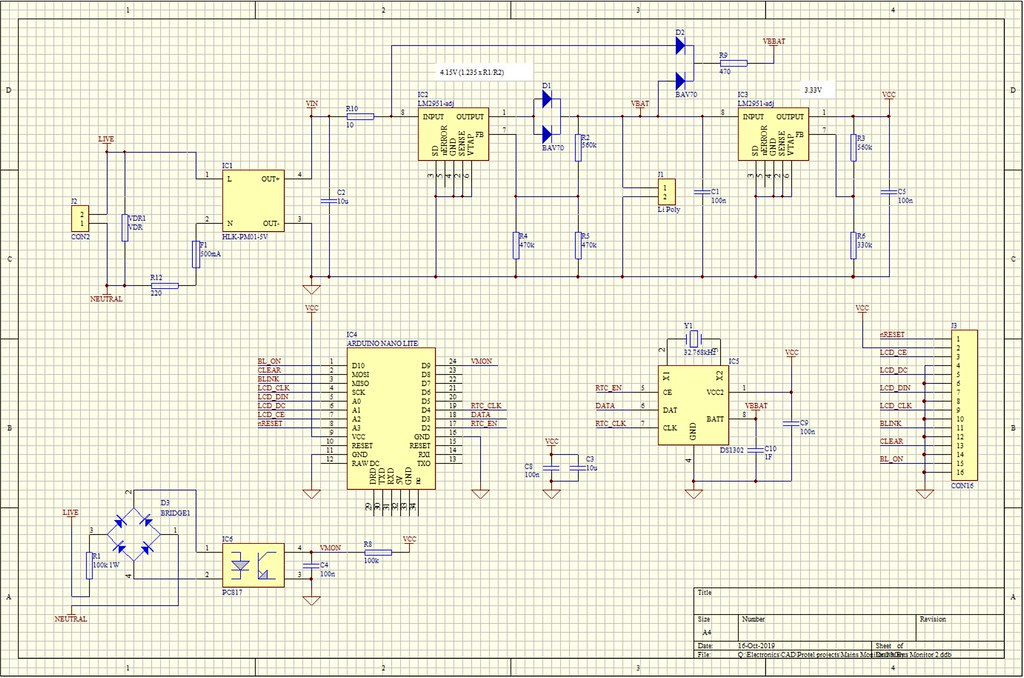 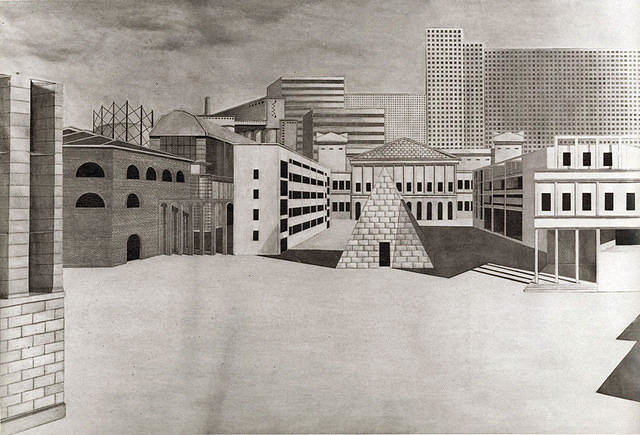