com. In the last video we built up this Arduino on a breadboard circuit, using an atmega 328p chip and a few supporting parts now we’re going to load a program onto our chip, using this Arduino board as our programmer. First, we have to turn the Arduino board into a programmer, go to the Tools menu and make sure the board type is correct. Next make sure your serial port is correct. Comm for yours could be different, now go to the file menu and go to examples. Our dueo isp load that program and burn it into your arduino. If everything went okay, you should see done uploading and no error messages in this window. Now we’ll connect the programmer to our circuit notice that the power to our breadboard has been disconnected. In this example, we’re going to use the Arduino boards built in power supply to power, our breadboard circuit, it’s, always important to determine which device will be providing power in a small circuit like this, we can use the 5 volt power from the Arduino board without much Problem, if you were programming a larger circuit, you may want to power it externally to prevent overloading the Arduino boards built in power supply. This is an important point and we’ll talk more about it. In a minute now, let’s wire up the circuit grab 3 jumper wires and connect one to our dueo pin 13 1 to Arduino, pin 12 and one two ten eleven grab the wire in pin 13 and connect it to pin 19 on your chip.

Now take the pin 12 wire and connect it to pin 18. Finally take the pin 11 wire and connect it to pin 17 next, take a longer wire and connect it from pin 10 on the Arduino to pin 1 on your chip. This is the reset pin. Next, grab two wires for power. I like to use red and black, so I don’t mix them up now run the black wire from the ground, pin on your Arduino to the ground strip on your breadboard, now take the red wire and take it from the 5 volt pin on your Arduino to The 5 volt strip on your breadboard once again, don’t mix these up the circuit is now powered and you can see by the red LED that the chip is running the code that we uploaded in the last video. The circuit is now ready to be reprogrammed. Now let’s talk a bit about the bootloader. First of all, what is a bootloader? The bootloader is a small program that lives on every Arduino. It basically tells the Arduino microcontroller how to talk to your computer and gets it ready to receive programs, but since we’re programming, the chip directly, we don’t technically need the bootloader, but we still may need it and here’s why every AVR microcontroller, like the one in your Arduino contains a small section of permanent storage called fuses. These fuses set a lot of important parameters in your chip, such as clock frequency, and how the chip resets itself.

They need to be set a certain way to run Arduino code correctly when you burn the arduino bootloader to a chip. Part of the process includes setting these fuses correctly. So, basically, if you’re using a brand new chip burning, the bootloader make sure that it’s configured correctly to run your code. The good news is, you only have to do this once so. If your chips already been boot, loaded it’s ready to go, you can skip this step, but if the chip is brand new or you’re, unsure of its status just burn the bootloader here’s. How start the Arduino, IDE and open a new sketch once again we’ll go to tools and double check that the board is set correctly and that the serial port is set now go to programmer and set it to Arduino as ISP now go back to the tools Menu and click burn, bootloader you’ll see a notification saying burning bootloader. This takes a couple of minutes to complete when you see done burning, bootloader message: the jobs done now. We can finally upload a new program to our chip, go to tools programmer and verify that it’s set at Arduino, as is P, go to the file menu and open your sketch. Now, if you notice, if I hover over the upload button, it says upload in the message beside it. If I pushed it now, it would upload to the Arduino board. But if I hold the shift key, the message changes to upload using programmer.

If I click it now, it will tell the Arduino to act as a programmer instead and burn the code to my chip. This is what we want: keep an eye on the TX and rx lights on your Arduino board. You’Ll see them blink as the code gets transferred over. Now, you can see by the blinking pattern on the LED that the new code is running on our chip. The new program, basically blinks the LED twice, instead of once, which isn’t too exciting, but at least proves that the program was uploaded correctly. Let’S go back and talk about powering the circuit again as it’s a very important topic. In the previous example, we powered our breadboard from the Arduino internal power supply. I mentioned that if we were using a larger circuit, we may want to power it separately, as the Arduino power supply can only supply so much now here’s an important warning. One thing you want to avoid is connecting the positive power supply of one device to the positive power supply of another device. Unless one of the devices is buffered against this kind of abuse, bad things can sometimes happen. That’S. Why it’s important to decide exactly how you’re going to supply power to your circuit now in this example, we’re going to power our breadboard externally, in that case I’m, just going to run the ground wire between the Arduino and my breadboard. This is important and should be done since the 5 power cables are not connected together, I’m safe to connect my breadboard to an external supply.

The Arduino is getting power from the USB cable. This keeps everything safe and nothing is damaged. Now I can program the chip using the same steps as the previous example visit, notes and volts.

RT @pmdway: Use your Arduino Uno or similar board to modify the fuse bits and burn bootloaders into external microcontrollers using the AVR… 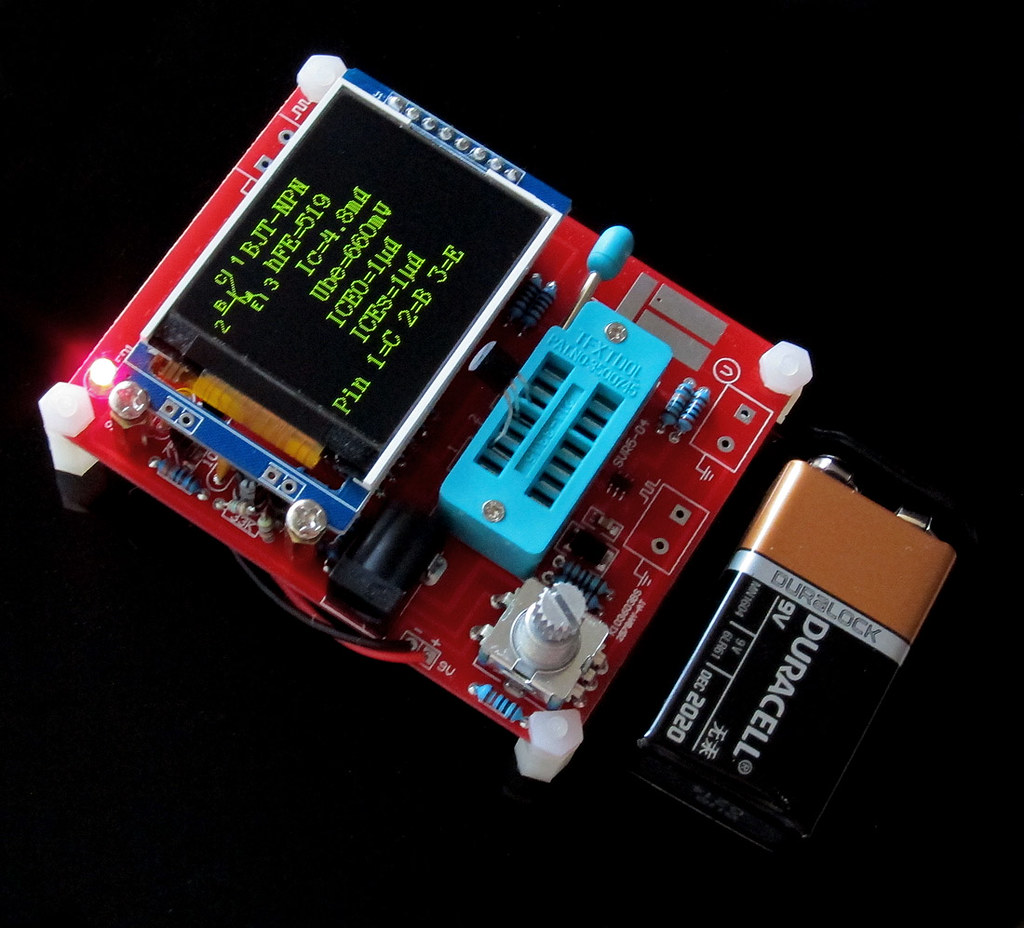 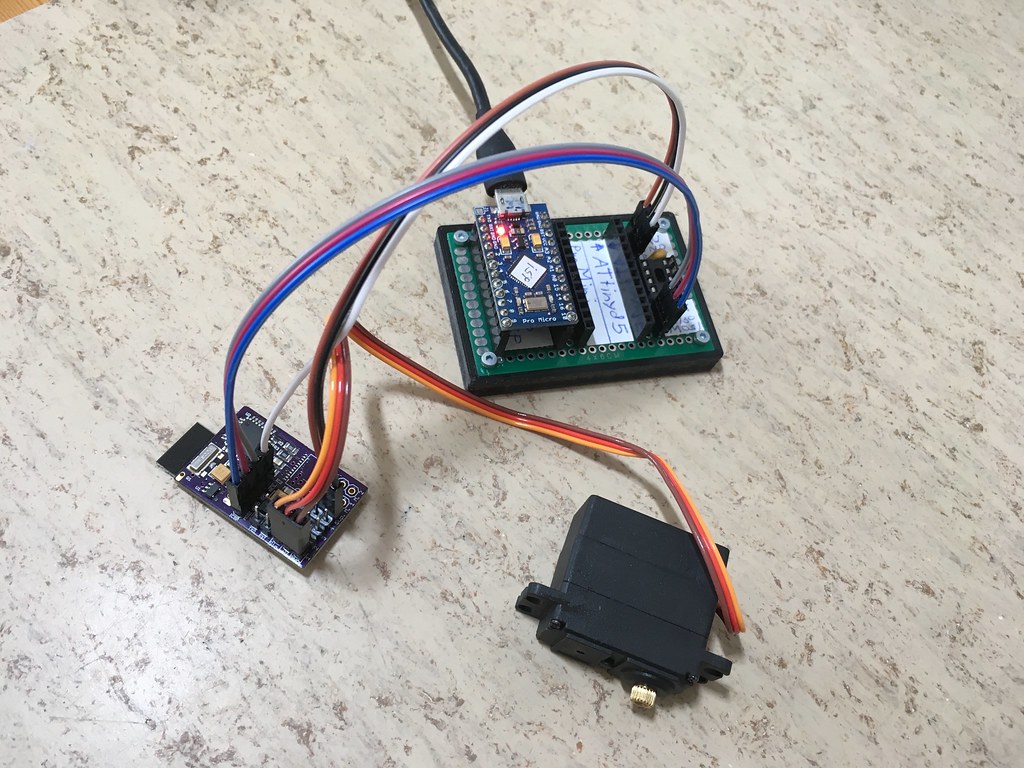