Welcome back to another circuit basics. Video today, I’ll be showing you how to set up the DS 18 B 20 temperature sensor on the Raspberry Pi, the D S 18 B. 20 is a small little digital sensor. That looks just like a transistor. The nice thing about this temperature sensor is that it only needs one wires to send data to the PI it uses. What’S called the one wire interface. Only three wires are needed in total, including the power and ground wires in this video tutorial I’m, going to show you how to set up the D S 18 B 20 so that it outputs temperature data to an SSH terminal like putty, then I’ll show you how To set it up, so it outputs to an LCD display I’ll be using some sample code written in Python, then we’ll leave a link to the post where you can copy the code in the video description. Alright let’s get started, got my PI here and a couple bread boards I’m, going to put the D s 18 B 20 in the breadboard. With the flat side facing me on the D s 18 B, 20. The pin on the right side is VCC. The center pin is the data pin and the pin on the left side is ground. Then I’m, going to insert a 4.7 kilo ohm resistor between the VCC and data pins. Next I’ll connect the jumper wire from the data pin of the sensor over to pin seven of the Raspberry Pi.

All the raspberry pi pin numbers I’ll be talking about here are the physical pin numbers on the board. Now I’ll connect the VCC pin of the sensor over to the 3.3 volt pin of the PI. You can also connect it to the 5 volt pin, but I’ll be using the 5 volt pin for the LCD later on now connect the ground pin of the D s 18 B, 22 pin 6 of the pie. You, okay, I’m, going to assume that you established an SSH connection or some other way to access the command prompt I’m going to be using putty. So let me just open up putty and log into my pie. Here I have the full version of raspbian Jessie installed right now, and the first thing we’ll need to do is configure the one wire interface on the pipe to do that. We need to edit the boot config file, so the one way or interface will open up the next time. The pipe boots up so enter sudo. Nano boot forward, slash config, dot, txt and scroll. All the way down to the bottom. Dt overlay equals W one gpio control XampY to save an exit. Now we need to reboot to activate the boot config changes so enter sudo reboot log back in you now enter sudo modprobe w1 GPIO, then pseudo mod probe, w1 therm enter CD. Four slash sis ford, slash bus 4, w one forward, slash devices now answer LS to show the unique address of your D s: 18 B 20.

The one I have connected has the address 8. 0. 0. 0. 0. 0. 6. 6. 3. 7. 6. 9. 6. Now enter CD, followed by the address shown in the previous step, in my case I’m, going to enter CD 8 0, 0, 0, 0, 0, 6, 6, 3, 7, 6, 9. 6. The D s 18 B, 20 stores the temperature reading is a file called w1 underscore slave. Entering cat w1 underscore slave will show the contents of the file, which are the right temperature of VDS, 18b 20 see this number here T equals to six 187 that’s. The temperature in degrees Celsius without the decimal point, so my sensor is currently reading twenty six point. One eight seven degrees Celsius now let’s run a program that will take that raw temperature value and convert it to degrees Celsius and Fahrenheit here’s, the blog post, where you can find more details about the D s 18 B, 20 techno specs. She wiring diagrams steps. We just did to enable the one wire interface so here’s, a Python program that will output temperature to the ssh determinant I’m. Just going to copy all this, you can enter CD to get back to the root directory I’m, going to create a file called temp py right click to paste the code in there I’ll enter Python temp that py to run it okay. So here are the temperature readings output with Celsius first and Fahrenheit. Second, alright, now let’s set this up, so we can get the temperature output to an LCD display.

You then I’ll connect one of the outer pins, backlight brightness potentiometer to you, the positive rail of the breadboard. It doesn’t really matter which side you connect. It only affect which direction knob turns increase or decrease the backlight brightness. Next I’ll connect one side of the contrast potentiometer to the negative rail the breadboard same here. The side you connect just determines whether clockwise or counterclockwise turns the knob turn up or down. The contrast now just move the ground wire from the PI over to the negative rail, the breadboard then I’ll connect. The negative pin of the D can be 20 to the negative rail. The breadboard I’ll connect the positive rail, the breadboard over to the 5 volt pin to the PI pin to and the LCD lights up right away. Let me just adjust the brightness and contrast potentiometers you, okay, now that we have the LCD connected, we need to install a Python library to drive the LCD it’s called the RPE LCD library. This library has all the functions we need to print to the LCD and do other stuff. Like scrolling and positioning text. We need to download the library with the Python package index or pip. Pip might already be installed on your PI, but if not enter sudo apt get install Python pip at the command prompt you! Okay! Now we can install the RPL CD library by entering sudo pip install RPL CD, now let’s open up our example program control Katie of the soon now I’ll copy this example program, which will output the temperature readings to the LCD you.

#RT @pimylifeup: How to connect a DS18B20 temperature sensor to the Arduino 🌡
Tutorial: https://t.co/OCg0UCYawv 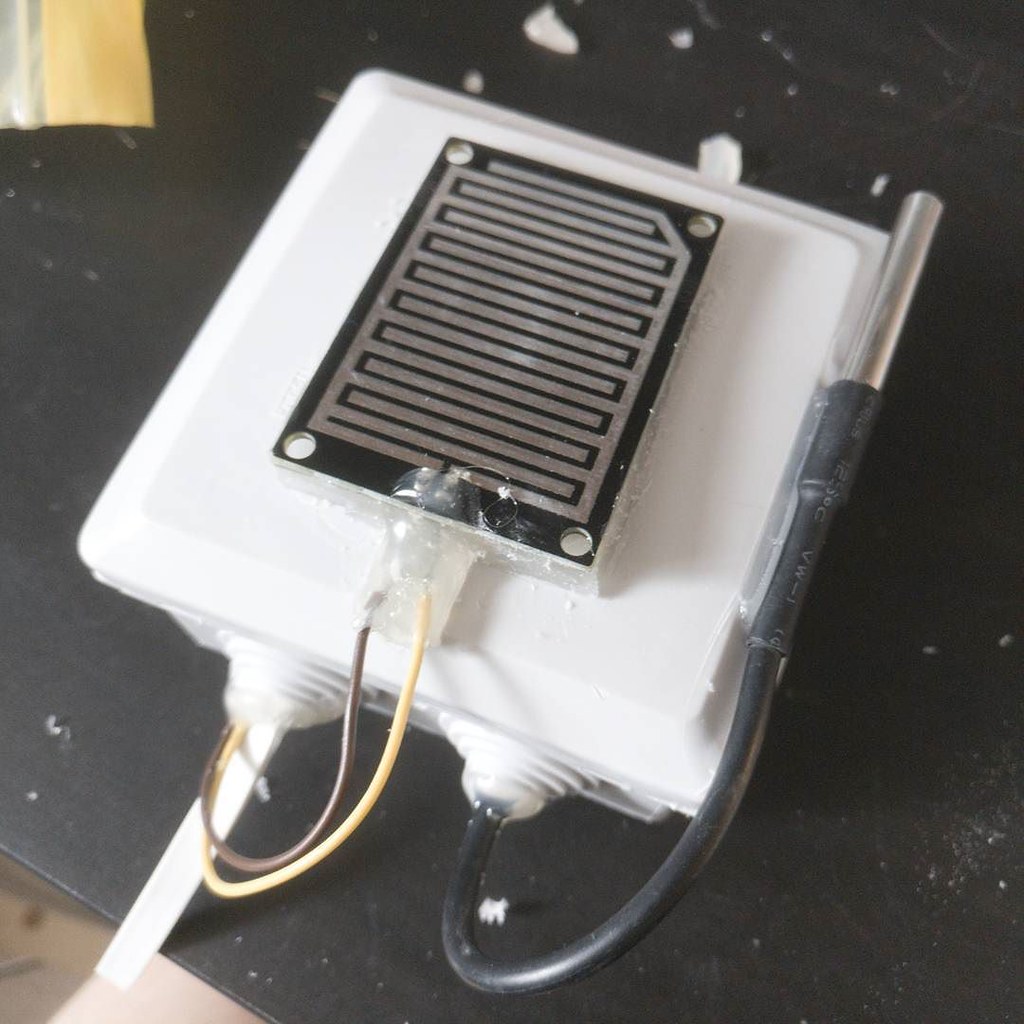