8 channel pwm transmitter and receiver with nrf24l01 modules connected to an Arduino nano to drive a dual H bridge motor driver for the 8020 coreless motors for my fully Arduino based rc plane, probably gonna use a differential thrust system rather than u 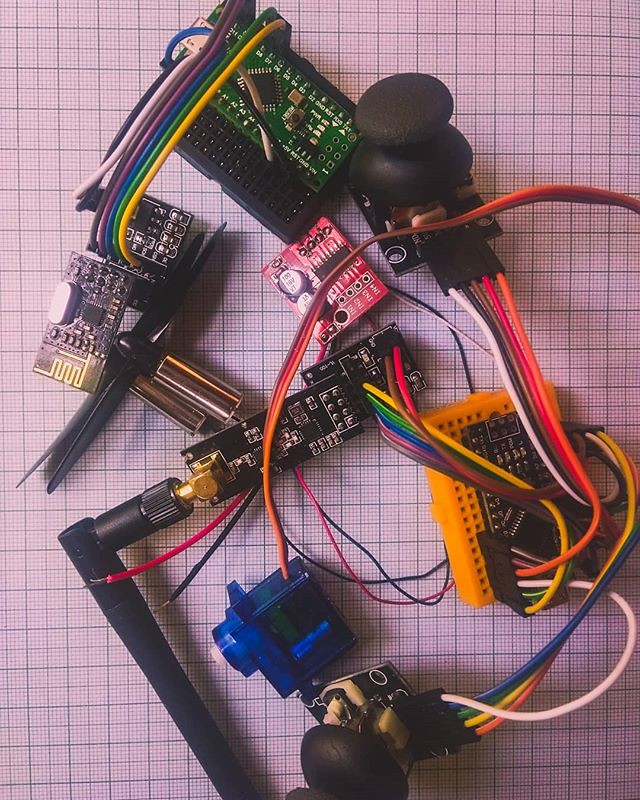