You guys know. I love electronics. I love our dwee nose and raspberry pies and I like trying to stay in touch with the trends and what’s going on every once in a while, though, something really gets me excited, and this is one of those things it’s a simple, effective wireless, remote it’s, a Simple to use straightforward wireless solution and it’s cheap, I just saw it on a de fruits website and I picked it up the other day, more information at the end of the video, the key fob is 7.00 and the transmitter itself is five dollars and it’s super Simple there’s a ground, a five volt signal, the Adafruit website says you can actually run anything from five to ten and then four output pins those output pins correspond to the ABCD on the key fob when you press one of them. Your light turns on what I like about. This is it’s a prepackaged solution. I played with some of the other RF packages out there that are cheap and, frankly, I think, they’re a hassle and I play with some of the more expensive ones which are great but expensive. The other reason I like this is that every key fob works with every receiver. Now that may be a drawback depending on your project, but for me I can put 10 of these out there at five dollars each and know that one remote control will control each one. The nice thing is you’ve got four channels, so you can still break it up a little bit for a close up.

Look of the breadboard I’ve got a 5 volt signal on the ground. Coming into my breadboard power rails. The green jumper here connects to the 5 volt signal, which is the second pin on the receiver. The first pin is ground, I’ve got connected to ground and then there’s just one more connection in this case it’s the red jumper wire, connected off the pin that reads d3. I found that that one corresponds to the a button on the remote and then an LED that connected here to the red jumper and then the other LED leg connected to ground. This is a large LED that doesn’t need a resistor most smaller LEDs. Do so be careful and when you press a turns on there’s a slight delay and if I move the red jumper over one pin to d2 that’s B and so forth, C and D, they make three different types of the receivers. This is the momentary there’s, a toggle version and a latch version. You can read more about those on Adafruit site. I’Ll have a link at the end of the video I took this outside and tested it. It ever advertises. I think that it works out to 100 meters. I only got it to work to about 75 feet. I did have it inside of a little project box so that may have inhibited some distance. The other thing with RF signals is the ground: plane can wreak havoc on them, so basically the higher off the remote and the antenna are from the ground.

The better the signal quality so go ahead and experiment and take a look now. Let’S show a quick setup on using this with an Arduino in the arduino ide go ahead and open the example digital button we’ve got that open here and you don’t need to change the code at all. We just have to take a look and see that it’s. Looking for an input on button 2 and it’ll output to the LED pin on 13 that’s, the LED that’s built into the Arduino board we’ll go ahead and use an external LED as well. The pin layout for the Arduino it’s very easy i’ve got the yellow, jumper wire from digital pin 13, connecting to the longer positive terminal on the LED, the red jumper wires from digital pin 2 to my d3 pin on the receiver chip i’ve got it pulled low With a 10k resistor to ground not totally necessary, but a good code, etiquette thing that could keep it from going high and turning on when you don’t press the button and then lastly, with black jumper wire here, establishes a common ground between the two press. The button turns on now this looks like it’s doing the same thing as it was doing without the Arduino, but it’s actually doing a lot more because I’m actually able to control the Arduino via this remote control, and I just happen to be turning an LED on Here, but it could be doing any number of things that our arduino could do with a digital input.

Here’S the Adafruit webpage for the receiver 5 partner, one zero, nine six – and here is the key fob for seven dollars. Remember one key fob: will control any or multiple receivers, and if you want to read about the three different types of momentary, toggle and latch, you can do so right here, that’s it for now folks stay tuned for more thanks Music. 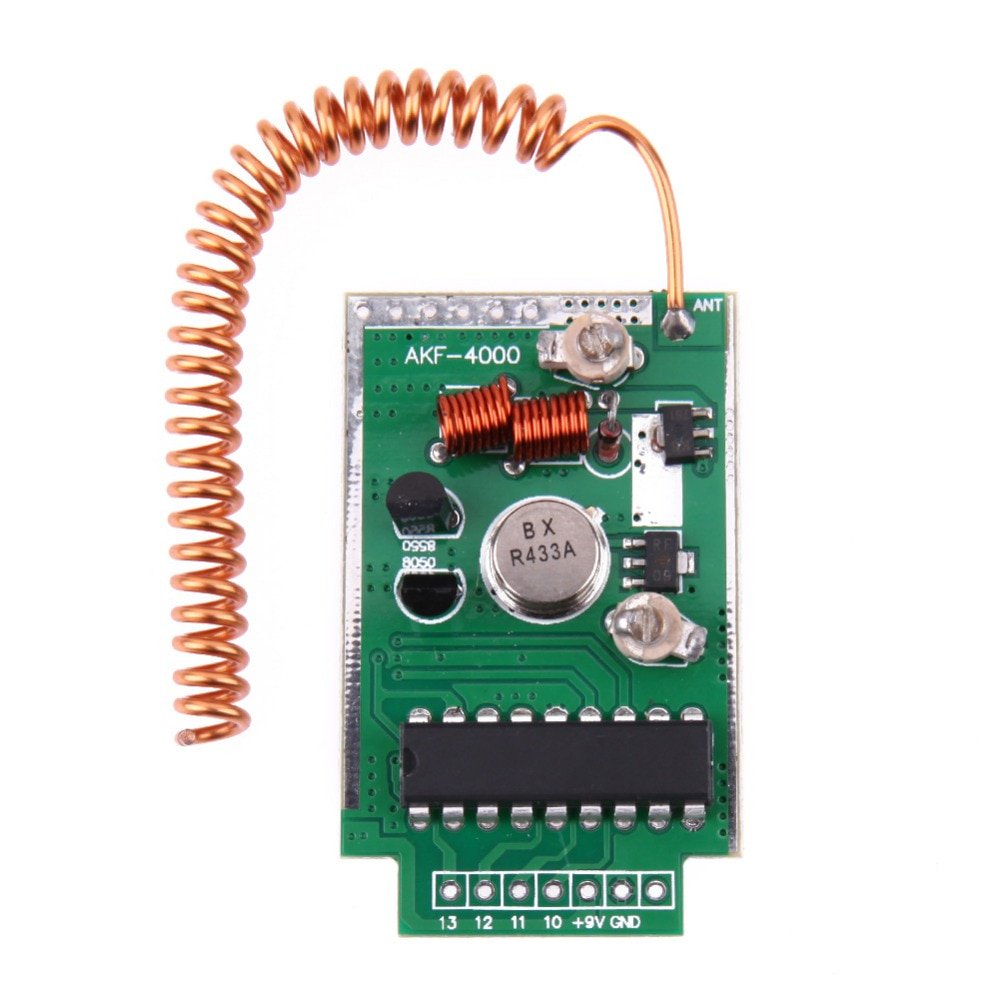