Why we have taken the puzzle as a 11? Now in a set of function, we don’t need to write anything rather in the loop function, we should use a function called tone, so tone is basically a built in Arduino function, which takes two parameter. The first parameter is a buzzer means. The pin number so first parameter is a pin number. So here we have connected this buzzer to 11, so we write buzzer here and then we have to pass the frequency. So the frequency is nothing but the frequency using which we will going to generate a square wave on pin number 11. If you have not watched my previous lesson about pulse width modulation, I would highly recommend you to check that lesson so that you can understand much more better for, but for now I’m going to write 450. Okay, this will be the D Hertz and then I will going to write a delay of say, for example, one second is fine or it would not look better. Let’S see one second one. Second, maybe too much so let me just make a 500 milliseconds and then there is another function in Arduino, it’s it’s, a no tone, so the way it works is by the way. Let’S finish this. So no tone is about in Arduino function, which takes one parameter, which is nothing but the pin to which you have connected your buzzer. So here we have been number 11 and then we’re gon na take a delay of 500 milliseconds once again, so it generates a frequency.

It clocked the square wave with the frequency for 50 Hertz and after every half a second it will generate. So this basically program will generate a kind of BIP after every 500 milliseconds right. So now the thing is: what is this no tone? No tone is by the way, because in Arduino you can generate the tone only once on one pin right. You cannot generate a multiple tone on multiple multiple, so you cannot use the stone functions too. So you cannot have you know multiple tone to be generated. So if you generate a tone on pin number 11 okay, that means a buzzer, then you have to release you have to free this pin and then only you can write another tone. So that is that that’s a reason why we set the frequency for 50 clock frequency here to generate a square wave, and then we free this pin number 11 right. I hope you get it what I mean, but let’s upload the sketch and see what happens now. So let me press upload button. You can see right now. I can hear some kind of built after every 500 milliseconds okay. So if I make this to one second, okay, then let’s modify the program and upload the code again and see the changes it’s bit longer. Right, the pitch goes a little bit longer for one second, but I hope you get what I mean right so because this buzzer is very annoying for now.

So I can remove Arduino for a second and let’s, modify this program as such that, after every five second, we will beep. We will generate the tone a bit two times so after every five. Second, there will be two time it will beep. So what I’m going to do is I am going to write this program in which I was going to use a do while loop, so I will say, do and then in a curly bracket, okay and then well, okay and this control structure that we have to Use so in that do I will define one variable integer I and that will be zero, and then I will say I plus plus okay, and then I have to say tone of course, and then in the tone function I would have to say tone. Okay, then we have to write buzzer okay and then we have to write a frequency with which we want to block so let’s, say: 450 take 450, once again and we’ll say when I is laced in three okay, then we want to generate a pip so by The way what I’m going to do is, I will take this variable integer I outside of do so. Okay. This looks a little bit better right and then after boil, I’ll going to delay for five seconds so 500 milliseconds, okay, no five thousand milliseconds, so it’s a five second and this stone I want to generate after every 200 milliseconds.

So it will look a little bit better when we hear this so I’m going to give little respect, no tone and then buzzer again and then say delay once again and let’s say: 200 milliseconds delay again right. So basically what it does is it will beep this. I think the three or two two is okay. You know, okay let’s do this, so this will be two times: okay, after every 200 milliseconds and then after five seconds it will beep again two times right. So let me upload the code and let me connect my Arduino first and then upload the sketch and wait for a second and then this tone will change. Okay seems it’s done uploading. So look at this so after every five. Second, it beeps to time right: okay, it’s, I think we should change like five seconds is too much, so I will give a four or maybe three three is okay. I guess let’s upload and now see what happens. Looks better right. So after every three seconds it beeps after every I mean after every three. Second, the the buzzer generates a bit two times right with 200 milliseconds delay. So this is how you will going to use this Pizza buzzer in your project, and it will make your project much more interesting. I hope you will find this video, educational and entertaining. If you have not subscribed this channel, then I will ask you to please subscribe.


USB Tester and OLED Backpack for 32×128 Display by FriedCircuits 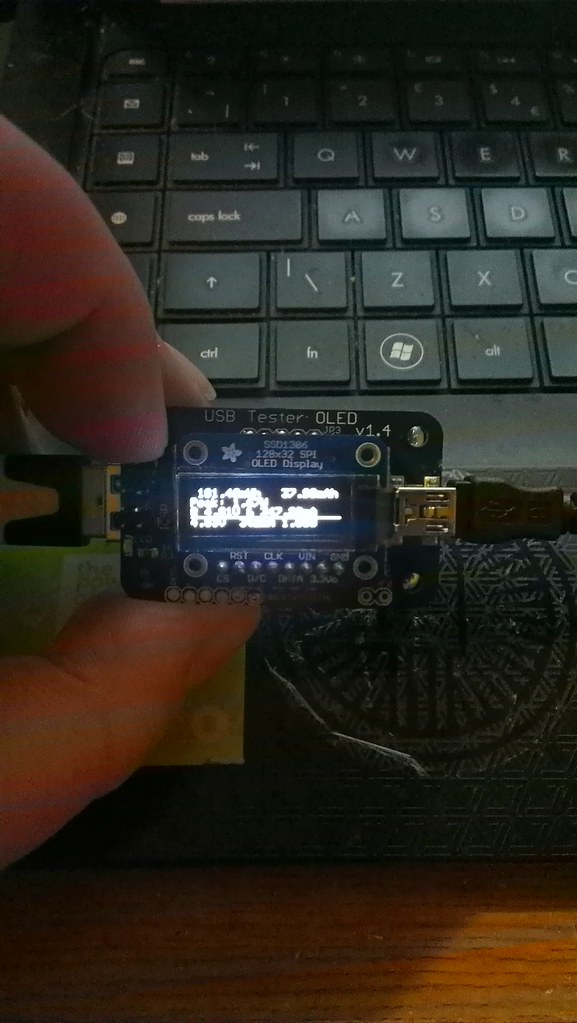