If we have a look at the data sheet, we can see the D s 18 B. 20 is a very small, simple device for measuring the temperature with a range of minus 55 to 125 degrees C, thus is suitable for making simple weather stations with the arduino. There are two advantages to using the d s 18 B 20. It only needs one pin for the communication and, secondly, you can connect multiple units together on the same one, wire let’s have a look at how we’re going to connect the 18 B 22. The Arduino, as I said, is extremely simple. We only need to use one Arduino digital io pin i’m happened. I happen to be using pin number 46 here. So on the maxim 18 b20. We connect ground to the ground, pin on the Arduino and rather counter intuitively. We also connect the VDD pin 3 on the 18 B 20 to the ground, pin as well. This is because the power to the device is actually supplied via the data pin, so the only wires you need running to the temperature sensor or a ground wire and a data wire you don’t need to connect anything else to the supply pin. So we connect VDD and ground together and both of those run to the Arduino ground pin and then we connect the DQ, the middle pin, the data pin to any Arduino. I open, pin 46 in my case and then you need to pull up this um.

This data pin to the arduino plus 5 volts using a 47k resistor. So overall we have the arduino 5 volt pin via 46 7 k, resistor 2 pin 2 on the sensor and pins 1 amp 3 on the sensor. Just go back to the Arduino ground. Pin next we need to set up the programming tool chain so that we put all the bits we need. The D s 18 B 20 uses the Dallas one wire protocol. So you need to go to this page here and get hold of the one wire library which can be downloaded from this page. You also need the the Dallas temperature sensor, library, which can be got from this page. These two libraries together need to be installed on your arduino installation in the libraries folder, so here’s the Dallas temperature file and here’s the one wire file. This means that we can use these in our program. Just to recap here are the two URLs that you need to use to get to the two libraries, the one wire dot, each library and the Dallas temperature temperature 2h library right let’s do a little bit of programming I’m, going to fire up the arduino environment and The first thing we need to do is import those libraries, the libraries we Dallas temperature and one wire we copied into the libraries folder of our arduino installation, so to import those into the arduino environment. We just use the import library function, Dallas, temperature and one one.

The next thing we need to do is create instances of the one wire and the Dallas temperature classes, so we do the one wire one and we know it’s – pin 46, because that was the pin we chose it could be any io pin we could use. I just happen to be using 46 and then we need to instantiate the Dallas temperature class. So we need to pass one wire to that as a parameter. Then we can begin the normal Arduino programming, so we’ll have a set up and anything we need to do in setup at the moment is initialize the sensors and we do that with sensors dot begin and of course we need a loop for the moment. I’M. Not going to do anything in my loop program, so we’ll just verify that compiles and that’s compiled, and we can upload that to the Arduino that’s connected to this computer. At the moment, this program doesn’t actually do a lot because we’re not actually take getting any data from the sensor and we’re certainly not reporting that data back in any way so that’s. The first thing I thing I need to do is get the serial port going. So we’ll do the serial dot begin, as you might expect, and let’s just check everything’s working, which I always like to do when I’m writing a program, so we’ll do serial print line hello world and then we’ll do a delay for a second.

I always do this when I’m start using a new library with Arduino just to check it’s got through the setup, okay and everything’s working as you would expect so. We’Ll, compile that sketch we’ll send it up to our Arduino that’s connected on comm 15 and we’ll, open up the serial port monitor and, as you might expect, the serial port monitor is saying hello world to us once every second. So we now the next thing we need to do is actually do something with our temperature sensor, so I’ll get rid of that line, and the first thing we need to do is request the temperatures just done with this line of code. This doesn’t actually return anything. It just sets up the data in the buffer, ready for us to read so I’m now going to create a variable called current temper, which is a float and current temp I’m going to fill in with the temperature. And you do this with another command which looks like this, and this will go and get the temperature in degree centigrade for sensor number zero. Now, if you remember, you can have multiple D s: 18 B 20 devices connected together in a daisy chain, and if you have more than one then the first one is get temperature C by index 0. The next one is temperature 1. So I could do something like that and then and that and so forth, if I had three connected together, but I’ve only got one on here for the minute, so I’ll just get temperature by index naught actually that’s a lie.

The other temperature sensor is indoors in my kitchen, which is rather cold and that’s reading 14 degrees Celsius. So, just to recap, we need the one wire library. We need the Dallas temperature library, the which are fetched from these two pages respectively. We oops made a mess of that we in the setup we do one command to initialize, the sensors and in the loop command. We request the temperatures and we get the sensors from. We get the values in degree C from each sensor using this command here, and then we print them out to the serial port. And that concludes this tutorial on how to use the DS 18 B. 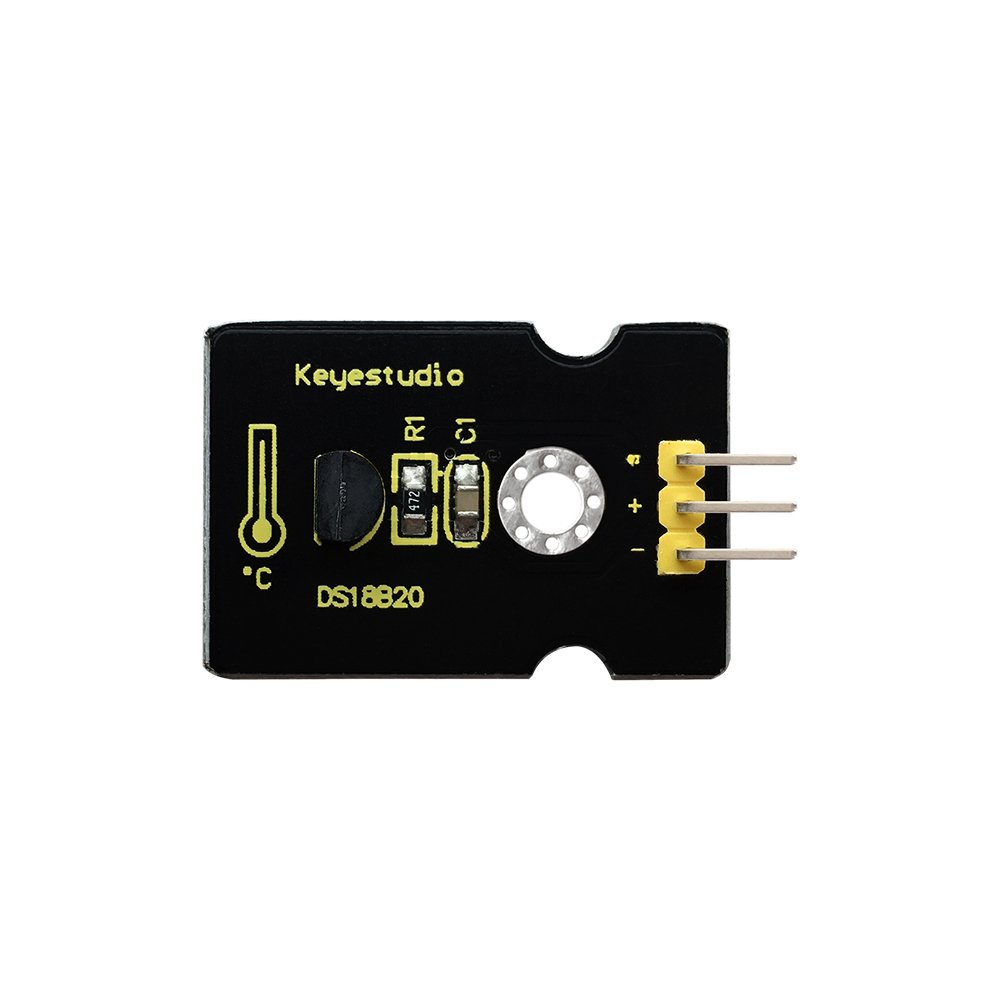 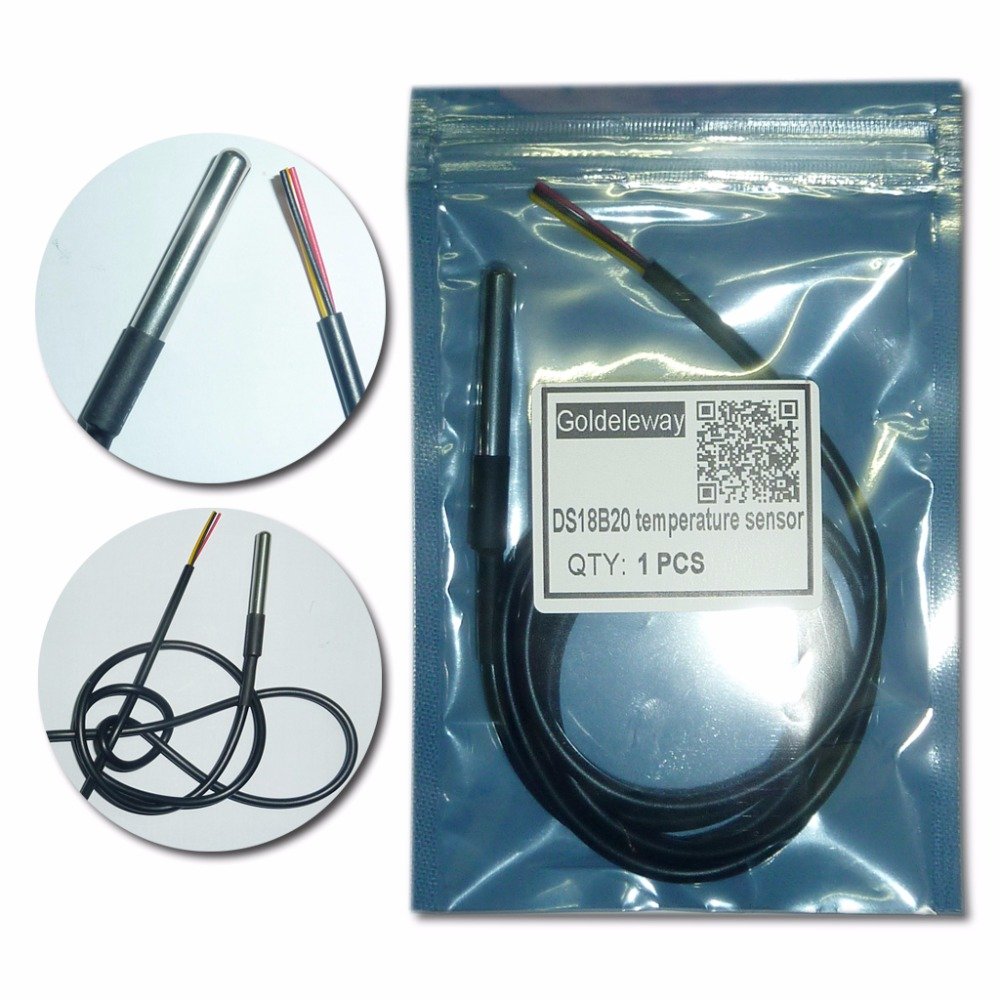 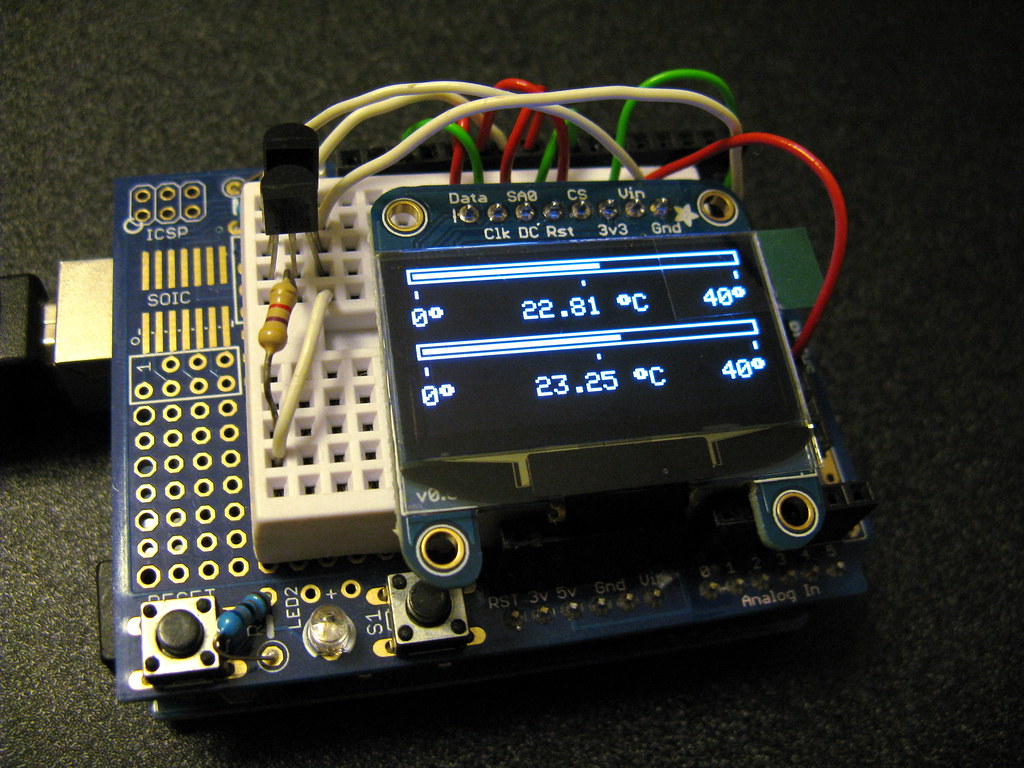 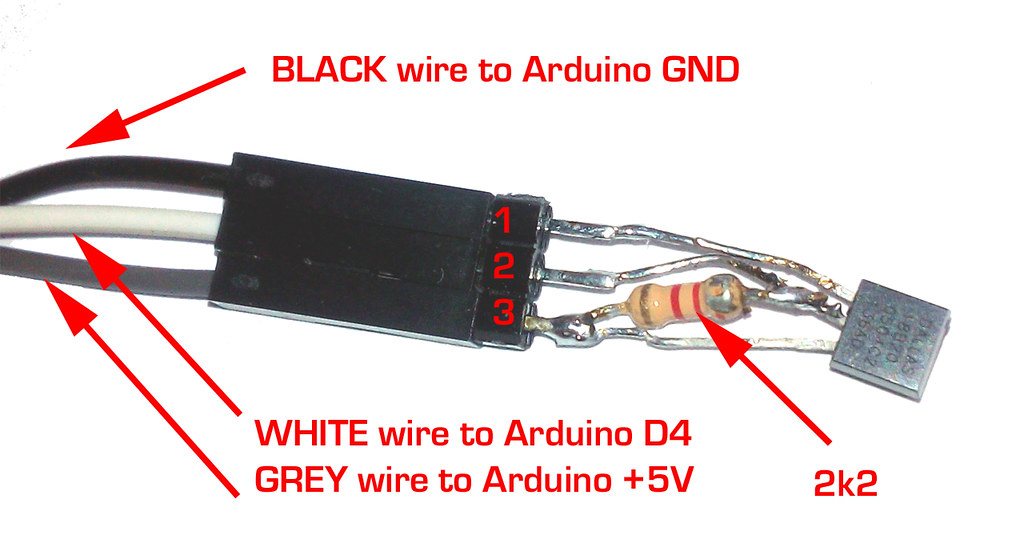